What do you get when you cross lockdown ending with Comic Relief?

A: Rock Down Relief UK!

Starting on the coolest palindromic date in a generation** (12-3-21), Rock Down Relief UK is a 2-part school event - a "Battle Royale" and a Red Nose Purchase-A-Thon - in aid of Red Nose Day.

The Battle Royale is the biggest competition we've ever held, with every school in the UK (including England, Wales, Northern Ireland, Scotland, the Channel Islands and the Isle of Man) invited to take part in simultaneous in-school competitions!

It is, however, a mass-participation event - more than 1 million children are expected to take part - and, as such, schools may like to use it as a catalyst for raising funds for Red Nose Day. For example, if appropriate, pupils may make a contribution to participate or to dress up like a rock star on the first day. Schools take responsibility for all aspects of fundraising and make any donations direct to Red Nose Day, not to us.

Taking part - The Battle Royale is free for schools to enter and open to UK schools only.

Teachers, to opt your school in, login to your TT Rock Stars account and go to Tournament > Rock Down Relief UK. If your school doesn't have a TTRS account, you can sign up for a free period until 5th April (with zero obligation to pay) and then opt in. Our team are available to answer questions on [email protected]

Parents and children, this is a school event and, as such, will be coordinated by the teachers. If you have any questions about your school's participation in Rock Down Relief UK, please contact the school.

Earning points - Pupils earn points for themselves and their class by simply answering questions correctly in any game mode. In other words, they don't need to go to a particular game or area to take part. Just be aware of the daily timings of the competition (9:30am to 3pm each day). 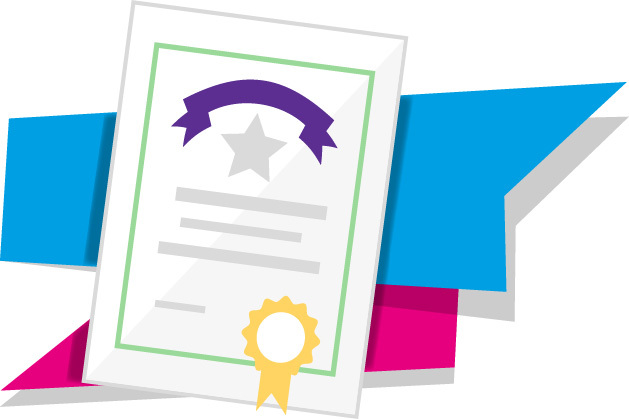 Certificates will be available for the following: 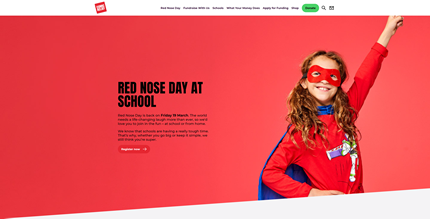 Help us, TT Rock Stars, to meet our goal of donating £5000 to Red Nose Day! All you have to do is purchase one of the virtual red noses for your TTRS avatar and we'll donate 5p to Red Nose Day. Remember folks...it's your virtual TTRS coins (not real money) and you get a virtual red nose (not a real one)! Nonetheless, we know you've worked hard for those coins, which is why we'll proudly make a donation on your behalf.

Red noses are available in the avatar shop for 1 month, starting on 12th March 2021, and will cost at least 50,000 coins. Get saving to get spending!

How do I get my class or school enrolled?

If you're already using TTRS

If your school is not yet using TTRS 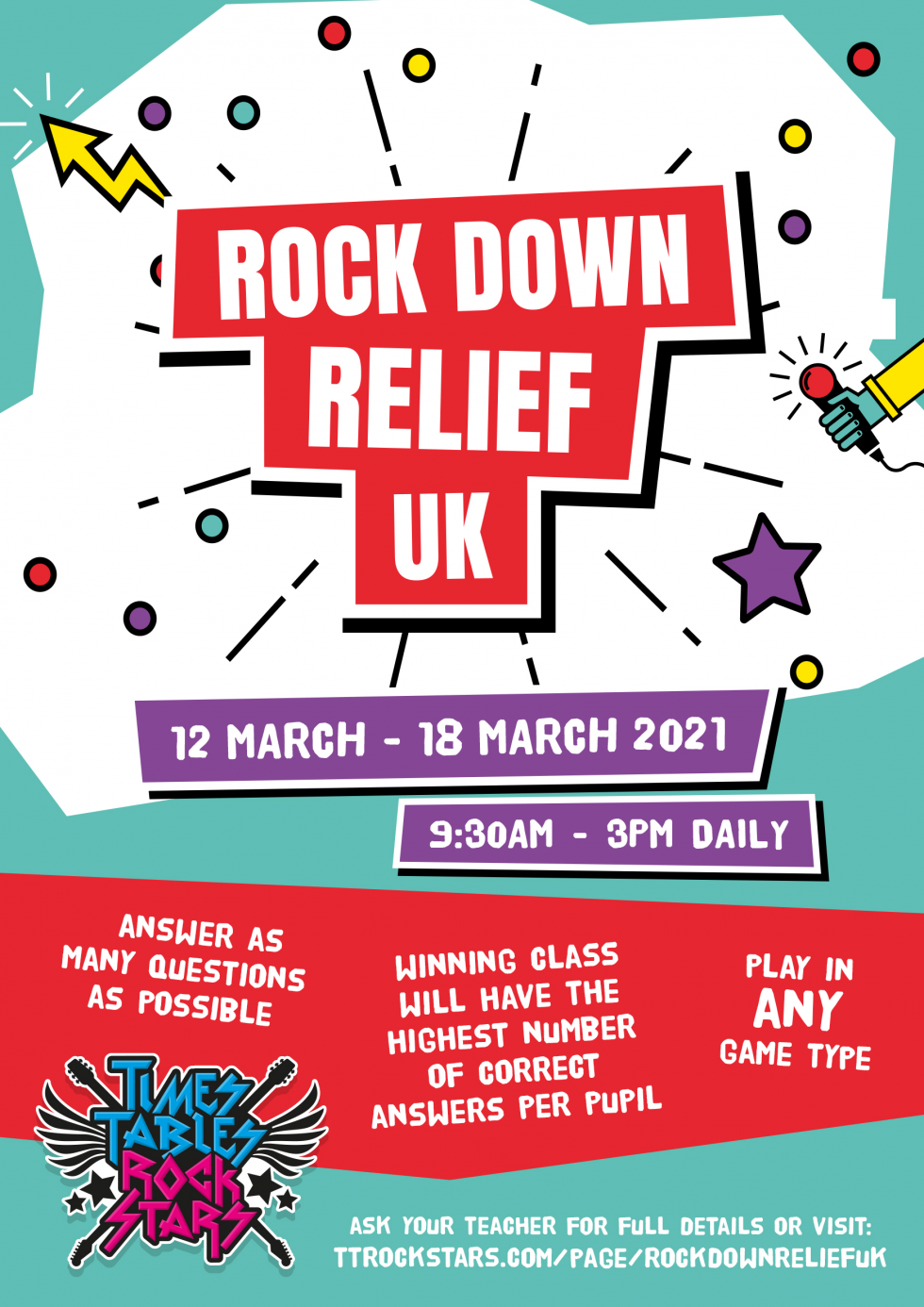 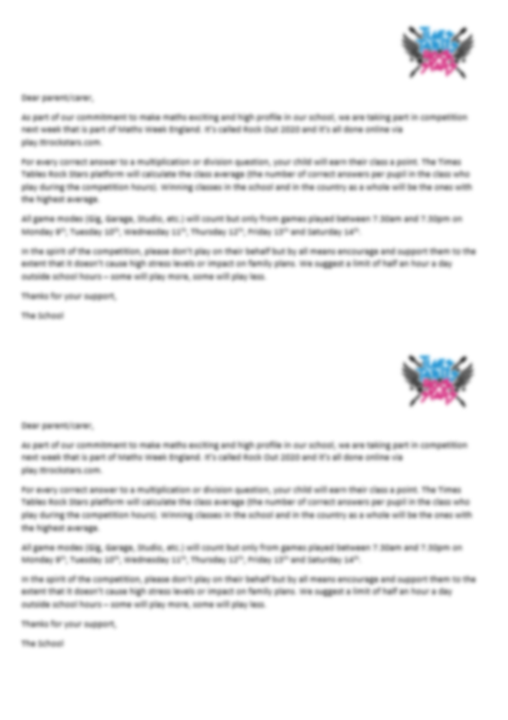 By entering the Rock Down Relief UK competition, it will be assumed that you have read these terms and conditions and that you accept them for and on behalf of your school.

** There is some stiff competition for that title in 2021. Er...did anyone notice 12-02-2021? What other palindromic dates are rocking your world this year?

Once you have an account you can use our apps from the following app stores, at no extra cost: