How Times Tables Rock Stars ignited these US students’ hunger to succeed in math!

Teachers at A E Butler Intermediate School were concerned about their students’ multiplication and division skills.

But they knew just who to speak to about their worries... Courtney Painter. Courtney is the Assistant Superintendent of Curriculum and Instruction at Quinlan Independent School District in Texas and she was also getting increasingly worried; the students at A E Butler Intermediate were facing huge difficulties and the COVID pandemic certainly hadn’t helped matters.

“We noticed students were struggling with basic math facts and this was a skill that was not practiced much outside of school,” reports Courtney.

The children were becoming more and more disheartened with their math ability and teachers were short on time to spend lots of resources on this particular subject. The children’s lack of multiplication and division facts was having a negative impact on their confidence in math, making lessons laborious and exhausting. Courtney knew there had to be a more efficient, cost-effective answer to this problem.

Times Tables Rock Stars was exactly what they needed!

Once Times Tables Rock Stars was implemented, the students began using the program every day on their Chromebooks, during their What I Need (WIN) time. The teachers focused their sessions specifically as part of their targeted interventions. “We set the program up at the beginning of the year and determined times that fit within the class schedule so the students had ample opportunities to use it,” Courtney said. And Courtney found the value of Times Tables Rock Stars far outweighed the cost.

“Times Tables Rock Stars is extremely affordable! The price for our campus allows us to be able to provide the needed support to our students that fall within our budget,” smiled Courtney.

Students are beating their teachers

Courtney has reported that Times Tables Rock Stars has allowed them to bring a fun and easy way to practice math facts. Her students get excited to battle each other in big competitions in the ‘Arena’ and their pride in their achievements was undeniable.

“Our kids love getting on the game. Teachers can even join in and battle them too and they like that they can possibly beat me. They are very proud of how many they can answer in a certain time. They are always showing me their progress and want a pat on the back, which I give them.”

Her students are becoming more confident in their math lessons and Courtney is delighted to witness improvements in their engagement and speed.This is now Quinlan Independent School District’s third year of using Times Tables Rock Stars and they haven’t looked back.

See if your students can beat you in a battle! 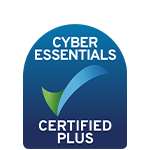