Have you got what it takes to earn a GUINNESS WORLD RECORDS™ title?

Guinness World Records has created a new title - Highest score achieved on ‘Times Tables Rock Stars’ in one minute - and we are looking for players to aim for this special accolade. All you have to do is submit a video of yourself playing a Studio game with the highest score in the world by 23:59 on 4th June 2020.

Over the years we have seen some incredibly high scores in 1 minute games, like the astonishing 186 in the video on the right. That gives you an idea of how fierce the competition will be for this Guinness World Records title. With lots of practice can you become the number 1 in the world?

We'd love you to share your efforts on social media using #FastestRocker and copying in @TTRockStars and @GWR but all Official Attempts must be sent by email to [email protected] (see below for details).

How does it work?

Simple: get a world-beating score in a Studio game, make sure it's captured in a video and send a link to that video to [email protected] by the end of Thursday 4th June (11:59pm GMT). Videos received after this time will NOT be considered for this attempt.

Here are the requirements:

It is forbidden to use any kind of cheat mechanism. Your entry will be invalidated and you will not be able to apply for the same Guinness World Records title for 2 years from the date of your submission.

The adjudicators have the final decision. No correspondence regarding the results will be entered into. 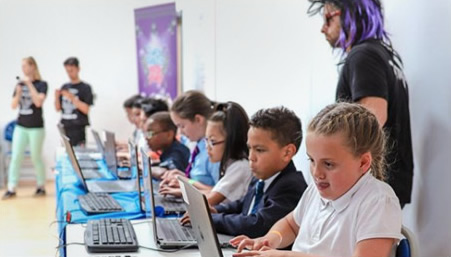 When you have finished your Studio game and saved the video, please upload the original video file using a file transfer platform such as Google Drive, Dropbox or WeTransfer. Then email a link to the video to [email protected] and provide the name of the player and their score. If it's a school account then provide the name of the school and if it's a family account then provide the family postcode. This is so that we can locate the user and the game they played in our database.

Questions you may have

Can it be any game mode?

No, it must be a Studio game.

Can a player submit more than one Official Attempt?

Yes, so long as each Official Attempt is to show us a higher score than the last time.

Will we get to see the winning video?

Yes, the video will be uploaded to the Times Tables Rock Stars YouTube channel with comments disabled and the winner's rock name and country in the description.

Will we hear back from you?

If the score is 150 or above then yes, we will confirm receipt of your Official Attempt.

Can it be on a tablet?

What does the record holder win?

Well, hopefully a lifelong satisfaction at being a Guinness World Records title holder! Also an official certificate and a lot of recognition from us at TTRS. There may well be press who would be interested in running a story on the winner. Please be prepared to be interviewed by friendly journalists.

Can players make Official Attempts at any other time of year?

Once you have an account you can use our apps from the following app stores, at no extra cost: